…and not just in my own mind!

I like to think of them as the Oscars of Affiliate Marketing.  (Don’t agree with me?  I don’t care, darn it. 😉

This year, the awards ceremony took place at the Affiliate Summit West Conference, in January 2011.

The Pinnacle Awards are: 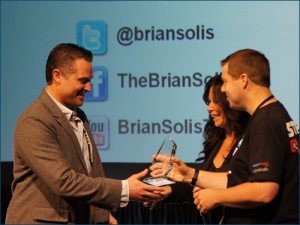 …and this year, I won the “Affiliate Marketing Legend” Award!

In my acceptance speech, I started with, “I told myself I wasn’t going to to cry…”

Okay, so I’m not really a “legend”, (and I didn’t give a speech) but I truly am honored to have received the Affiliate Summit Pinnacle Award, “Affiliate Marketing Legend”.

“But, Todd – you won that award in January!  Why did you wait so long to make this post?”

Yes, yes – I’ve been chastised by many of my friends in Affiliate Marketing, because I haven’t publicized my award, and I didn’t even make a simple blog post about it.

Well, I have two justifications for procrastination.

The way I live my life is, “The proof is in the pudding“, “Actions speak louder than words“, “Judge me on what I DO, not what I say“….  You know, the normal mid-west modesty thing.  But, I do need to learn how to do this better.

2) How do I properly acknowledge the gravity of this honor considering those who’ve previously won? 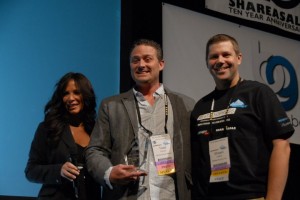 It’s crazy to see my name next to my predecessors who’ve been honored in this category.

Do you know who else has won this award over the years?  They are huge people in this industry, and I’m humbled to be counted among them. 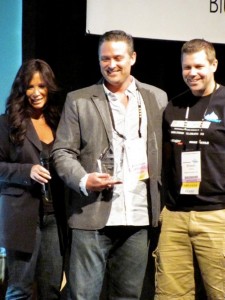 Okay, so those are my reasons for taking so long to do this.  But today, I hit “submit” and publish this post.

Well, the new 2012 Pinnacle Awards will be presented just over a month from now.  It would be wildly inappropriate to publish this any later than now.

So, I’m finally going on the record to (1) Tell you about this milestone in my Affiliate Marketing career, and (2) Thank you all for your support.

I hope to see you at Affiliate Summit!

Want to see the Video of the Awards:  http://www.youtube.com/watch?v=-gzfMHtk5_k